SEOUL, Feb. 13, 2015 — LG Electronics (LG) announced today that it will sponsor the International Cricket Council (ICC) Cricket World Cup 2015 as the global partner of the ICC. As one of the biggest sports competitions in the world, the ICC Cricket World Cup 2015 will take place in Australia and New Zealand from February 14 to March 29 with 14 teams from countries including Australia, India, UAE, and UK. A supporter of ICC since 1999, LG will expand marketing activities around the ICC Cricket World Cup to raise interest in the sport beyond the Commonwealth.

To mark the biggest event in cricket, LG kicked off the “LG 100 Greatest Fans” campaign. Through this campaign, LG will give 14 winners from across the 14 participating countries the chance to travel to Melbourne to see the final match on March 29. Winners were selected based on photos, videos and messages submitted to the official website at www.lg100greatestfans.com. The names of the 100 Greatest Fans will be engraved on the benches at Hagley Oval in Christchurch, New Zealand, the venue for the opening match. And LG will contribute USD 50,000 toward the national youth team of the country with the most passionate supporters.

“This year marks the 17th year of LG’s partnership with international cricket,” said Wayne Park, executive vice president and head of LG Electronics Global Sales and Marketing Company. “As the long-term partner of the ICC, we wanted to reward the passion shown by cricket fans by bringing them together to share in the love of the sport and contribute to the success of the Cricket World Cup this year.”

To further celebrate the Cricket World Cup competition, LG is also coordinating more localized programs that appeal to the specific demands of cricket fans in each of the 14 participating countries.

LG is a proud sponsor of sports teams, leagues and international tournaments world over, including Bayer 04 Leverkusen of the German Bundesliga, LA Dodgers and Texas Rangers of Major League Baseball (MLB) as well as the National Collegiate Athletic Association (NCAA) in North America, and the LG Cup International Women’s Baseball Tournament. 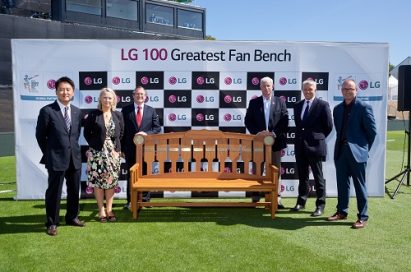 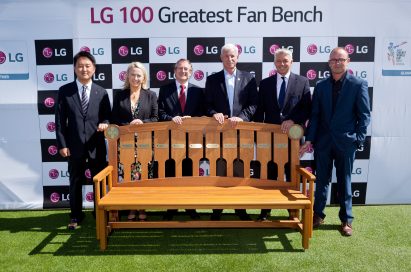