An official from Guinness World Records was present to confirm the record breaking event and presented certificates to the five new record holders, who were selected from more than 400 interested applicants on LG’s Facebook page. In addition to the certificate, LG presented each participant with a new TV and a complimentary 12-month subscription to Sky Austria.

“We are extremely pleased that our record attempt was successful,” said Markus Werner, marketing manager at LG Electronics Austria. “OLED TVs offer a superior viewing experience which I’m sure made this record attempt more enjoyable for the participants. We congratulate these five dedicated TV watchers for their accomplishment.” 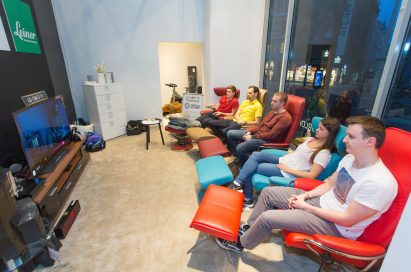