SEOUL, Jul. 08, 2014 — In Curitiba, Brazil, the Estádio Joaquim Américo Guimarães — better known to fans as Arena da Baixada — was renovated this year to host four international football matches. Among the improvements made were the addition of extra seats as well as enclosing the stadium with a retractable roof, resulting in an increased capacity of 40,000. Since the matches would be played during the hot summer month of June, the stadium’s developers selected LG Electronics (LG) to install its highly energy-efficient Variable Refrigerant Flow (VRF) system, the Multi V, in the administrative, seating and concession areas of the stadium.

Arena da Baixada is the first stadium in the world to be equipped with LG’s Multi V system. Once integrated into the facility, the Multi V solution enabled the stadium to reach target energy efficiency levels exceeding the US standard ASHRAE 90.1 baseline. The Multi V possesses an outstanding coefficient of performance (COP) of 4.6, which over time will help the stadium achieve an excellent return on investment. The system also uses R-410A, an ozone-friendly refrigerant, and boasts Leadership in Energy and Environmental Design (LEED) certification, developed by the U.S. Green Building Council (USGBC).

The Arena da Baixada project was particularly challenging because controlling the temperature needed to be efficient but also flexible between different sections of the stadium. A total of 70 outdoor units (ODUs), each with a capacity between 8HP to 20HP, and 198 indoor units (IDUs), including ceiling cassette and duct IDUs, were installed along with 85 fans and exhausts. The resulting combination of ODUs and IDUs achieved the desired results both in terms of effectiveness and versatility.

“We are very proud to have our commercial air conditioning system installed in one of the greatest football stadiums in Brazil,” said Jae-sung Lee, head of the LG Air Conditioning and Energy Solution Company’s System Air Conditioning (SAC) Business Division. “As a total HVAC solutions provider, we pride ourselves on being able to meet the needs of all customers, both big and small. Being a part of this stadium and its incredible history during one of the greatest sporting events in the world is a true honor.”

While much of the success has to be attributed to the cutting-edge technology in the VRF system, LG’s ability to work closely with the client and manage the project from start to finish was a key element. Once the installation was complete, LG provided a full package of technical training and operational support with a guarantee that when the games were underway, the air conditioning would work perfectly. 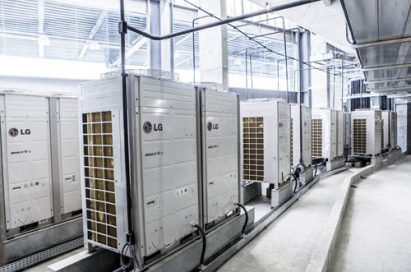 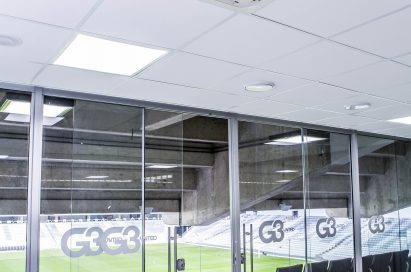