LG TO WOW GAMING FANS WITH IPS MONITORS AT GAMESCOM 2012

With a Wide Lineup of Advanced IPS Monitors Perfect for Play,
LG Plans to Show Geeks How to Really Have Fun

COLOGNE, GERMANY, Aug. 15, 2012 – LG Electronics (LG) is celebrating the evolution of gaming with a very large presence at this year’s gamescom, Europe’s largest gaming festival and tradeshow. Incredible Miracle (IM), a StarCraft II team sponsored by LG, will enter the Intel Extreme Masters 7 (IEM) tournament and will also appear at LG’s booth to meet with their fans. The booth will be located in a 1000m2 area divided into three sections: Exhibition Area, Queuing Area and the highly anticipated gamescom Trailer Cinema powered by LG.

“LG is very proud to contribute to the enrichment of the eSports community by sponsoring team IM,” said J.J. Lee, Executive Vice President and Head of the IT Business Unit of LG Home Entertainment Company. “Beyond our sponsorship of IM, LG has been a strong supporter of the gaming community through our advanced lineup of IPS monitors.”

The world-renowned team IM will participate in the IEM tournament at ESL Storm Arena Hall B and sign autographs for fans at the LG booth. IM will join an exclusive StarCraft II match at the stand and demonstrate gameplay on LG In-Plane Switching monitors, which team IM uses for training. LG IPS monitors boast color consistency and accuracy to create more natural colors that reduce strain on the eyes, especially after long hours of play. The fast motion picture response time in IPS monitors eliminate blur during fast-paced gaming, creating smoother, more natural images. Including advanced connectivity functions for smart devices, LG IPS monitors are perfect for adrenaline-filled games, whether playing in 2D or 3D.

The 500-person Trailer Cinema is the newest attraction at the LG booth. Here visitors will get to see trailers of the latest and hottest titles from the biggest names in the gaming world, including EA, Capcom and Ubisoft. Famous personalities from the world of gaming – Daniel Budiman, Simon Krätschmer, Etienne Gardé, and Nils Bomhoff – will be on hand to entertain the crowd.

“Following a positive experience last year, we are delighted that LG will once again be joining us,” said Tim Endres, gamescom Project Manager. “As one of more than 20 companies from this year’s partner country Korea, LG’s strong presence is certainly a huge bonus for gamescom 2012.”

LG is also the Official Display Sponsor of eight publishers including EA Games, Capcom, and Bethesda at this year’s gamescom. LG will supply booths with a total of 950 screens, comprising over 700 2D and 3D monitors. 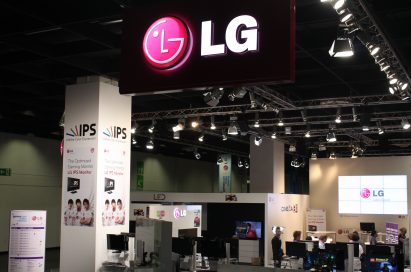 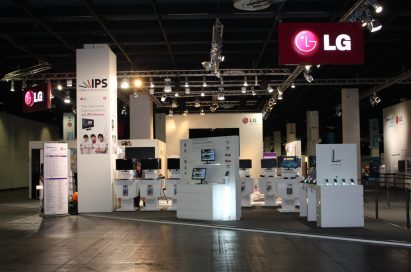