SEOUL, Oct. 10, 2011 -– Having earlier this year introduced 3D without glasses on the Optimus 3D and the 700-nit superbright NOVA display on the Optimus Black, LG today raised the ante with a new breakthrough in the form of “True HD IPS” display.
True HD IPS display made its world debut on the new Optimus LTE Smartphone in Seoul, Korea, where both the phone and display set a new standard for best-in-class resolution on a 4G connected device. The new smartphone’s 4.5–inch True HD IPS display, developed in close collaboration with sister company LG Display, offers advanced resolution, brightness and clarity and shows colors in their most natural tones, as they were meant to be seen.
In a report recently issued by international product testing and certification agency Intertek, IPS displays perform better than AMOLED in areas of color accuracy, brightness, battery efficiency and performance.
According to LG, True HD IPS display takes the viewing experience on mobile handsets to the next level by offering:
· More information at a glance with genuine 1280 x 720 HD resolution and 16:9 screen viewing without  distortion, which are the same standards used in the television industry;
· Sharper and crisper text thanks to 329 ppi real RGB resolution;
· True natural colors that are the most comfortable to eyes;
· Automatic color adjustments applied by LG’s exclusive Mobile HD Graphic Engine;
· HD Movie Editor to create personalized HD videos quickly and easily.
“Since mobile devices are widely expected to become the main platform for media consumption in the LTE era, high resolution displays on smartphones will be even more necessary”, said Dr. Jong-seok Park, President and CEO of LG Electronics Mobile Communications Company. “Optimus LTE with True HD IPS display will usher in a new standard by enabling users to enjoy beautiful and detailed high definition content even while on the go.”
# # # 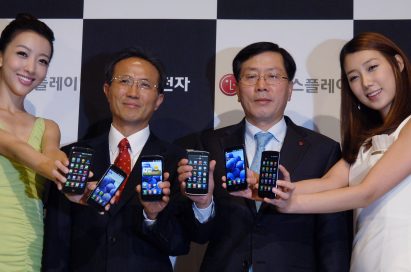 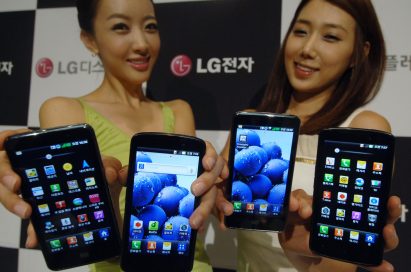